OK guys, you want to talk about Cuteness Overload.....these two little cuties take the cake!!  Honestly, I don't know if I've ever met more friendly, outgoing kids in my life.  Both of them were so happy and eager to have their photos taken, and boy did it come across in the images we captured!  As always, I just wanted to start out with a couple of test shots, just for the kids to get a feel for the camera and for me to get a feel for my lighting.  Well, I took one look at those first images on the back of my camera, and I thought to myself, "This is gonna be fun!!".  I mean, just take a look!!  This was the first image that I took! 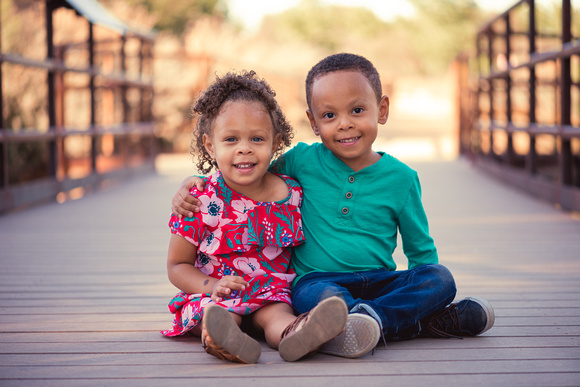 And if I had any doubts about how much fun this session was going to be, those were quickly erased!!  Typical brother photo bomb!  I think my mom has some of those with my brother doing the same type of thing! 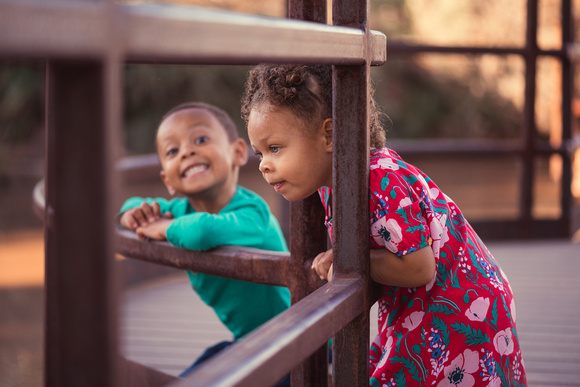 We did this photo shoot at Bachechi Open Space, right along the Rio Grande River in Albuquerque, NM.  The cool thing about this place is that there are so many different places within the open space, each providing different lighting and backgrounds.  It's so nice to have a spot where you can take so many different photos with such varying back drops.

After we left the bridge, and the ducks and turtles that were swimming below, we headed to a wooded area.  I wanted to get some shots of the kids walking some of the paths and also sitting on some of the wood benches that line the walking paths. 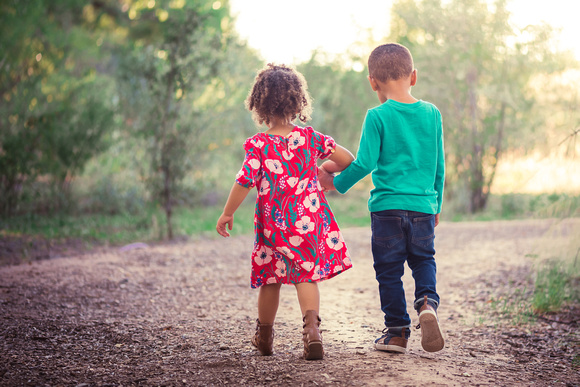 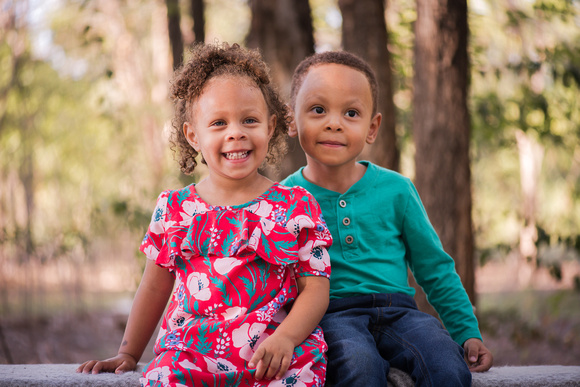 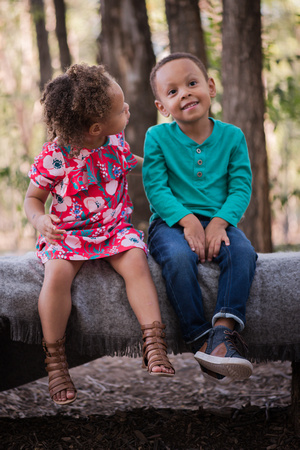 It's not easy to keep a 2 and 4 year old engaged for an hour photo shoot, but their mom had told me in my client questionnaire that both of the kids really like music, so I came armed with my toddler station on Pandora and my bluetooth speaker, and we had a mini dance contest in the woods!  We played several songs while the kids danced and sang and I snapped away!  Afterwards, we all shared a snack of animal crackers, because after all, what's better after a dance contest than animal crackers!

I love doing these shoots during the "Golden Hour", about an hour before sunset.  The lighting is just that, golden!  It just makes your skin glow and the back lighting is magical!  We stopped by an open area with some tall grasses to take advantage of some of that beautiful golden light. 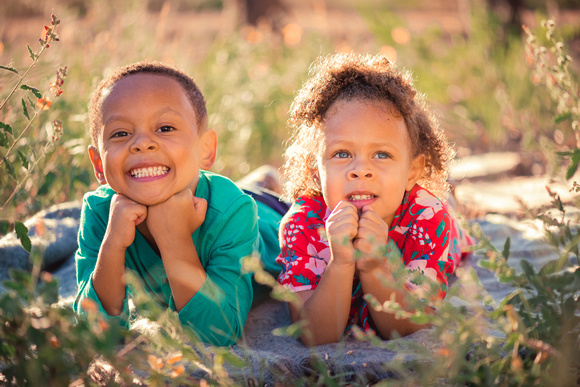 Before I knew it, our session was over!  These kids were an absolute dream to work with, and their parents were just the nicest people!  It was easy to see why these kids were so polite and playful.

Thank you so much, Stephanie, for allowing me to photograph your kids!  You have a beautiful family and I hope we can do this again soon!